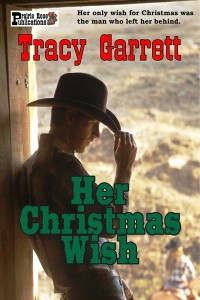 Even a woman capable of living on her own…
Kathryn McConnell is a widow celebrating a milestone birthday alone. Though she feels a woman should be able to mourn the passing of her thirtieth birthday any way she wants, she won’t turn away a cowboy in need of lodging—until she learns it’s the man she’d expected to marry thirteen years earlier.
…never forgets her first love.
Will O’Brien had challenged his father’s prejudice against the woman he loved only to discover he was unable to stand against his family’s wealth and connections. Without a way to support his bride, Will struck out for the west, determined to earn a living for them both. When he returned after two years with no word from Katie, he found she’d married another and moved away. Heartbroken, he returns to his work, but never stops hoping to find her.
When chance lands Will at the remote stagecoach station run by the widowed Kathryn, he grabs at the opportunity he’s been handed, hoping to win back the only woman he has ever loved.